Twitter Topics have been introduced to help you stay up to date with what’s most important to you, on your timeline. You can now customise Twitter to be more suited around your likes and interests plus others can see what Topics you are following which could be a great conversation starter.

According to Twitter, the platform is designed to help users stay in the loop around what’s happening and what the world is talking about. Twitter believes that it can be overwhelming to discover new and interesting conversations around what you like because there are so many taking place at once.

Twitter Topics will allow you to only see the best and most relevant Tweets about what’s happening around the subjects that matter to you. Topics have been introduced to improve the engagement across Twitter thanks to more people seeing posts relevant to themselves. Twitter can now highlight content around each topic for users rather than them searching for each account or Tweets themselves. This makes it much easier for users to join key conversations and keep up to date with the latest ‘topics’ whilst avoiding irrelevant content.

This could have been done via an algorithm based on accounts the user currently follows and engages with, similar to Facebook or Twitter Moments, but by introducing Twitter Topics, they are giving the control back to the user. This will increase the chances of the new feature being a success.

If the above sounds too time-consuming then fear not, Twitter has announced that in the coming months, you’ll be able to follow conversations about a topic similar to how you’d follow an account with one single tap. Topic suggestions will also show in your timeline based on what you search for and who you already follow. As Twitter learns more about you, their Topic suggestions will become more relevant and accurate.

Once you have followed Topics you will be able to unfollow by going back to the Topics page in Twitter and clicking on the ‘following’ button. This will pop up the option to unfollow.

If you’re managing a Business Twitter Account for yourself or a client then you might want to use this feature to keep an eye on topics relevant to your business or industry. For example, if you’re operating in the fashion world, there is a topic for ‘Fashion Models & Designers’.

Remember, if new topics are being added each week then you might want to revisit now and then to make sure you’re following the latest relevant topics. Think of it this way, if your audience is following it, shouldn’t you be too?

Changes like these keep Twitter fresh and interesting for users which ultimately means more opportunity for businesses. As more and more businesses and marketers strive to tailor their content to be as relevant as possible for their audiences, which of course includes remarketing, could Twitter Topics open up a whole new insight into users likes and interests?

Twitter Ads have been around for years yet aren’t as commonly utilised as Ads on Facebook, and now Instagram. Could this be about to change? With a better understanding of the content people want to see on the platform, Twitter could ensure Ads are well-targeted and produce a quality return.

If you need some help with your Twitter strategy or understand Twitter Topics we offer bespoke training courses to suit your business. 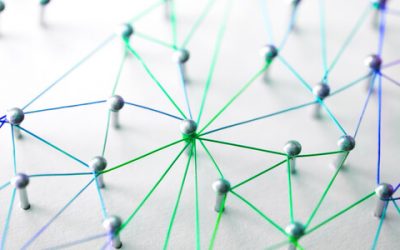